News on the music front:

"Our next release on Deathwish, This Sheltering Night, was actually recorded before the split with Overmars at various sessions throughout 2007-2008 at DeadVerse Studios. This is six Starkweather songs ("Bustuari," "Epiphany," "All Creatures Damned And Divine," "Broken From Inside," "Martyring," and "One Among Vermin") and features soundscape interludes created by artist and musician Elizabeth Jacobs, under her guise as Sophia Perennis, and Oktopus from Dalek. Also adding textural flourishes on some songs is Forbes Graham, ex Kayo Dot and long-time auxillary member Bill Molchanow. The entire album can be played as one continuous 73:41 piece or as separate tracks. A release date and other specifics will also be announced soon."

Sophia is also in the process of completing a new release titled: Kingdom of Shells 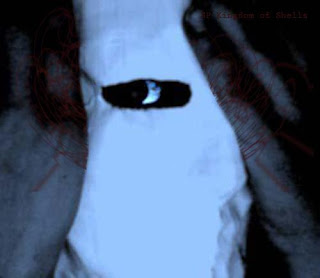 (To hear tracks from this album please visit my myspace music page: http://www.myspace.com/avictoriandemise)

I will gladly mail anyone my first release: Dreams of Drowning, for free as long as I have remaining copies.

Other general future creative projects include:

A possible video collaboration with Roger Karmanik of Brighter Death Now
Posted by E. Jacobs at 11:07 AM